TLP083: Change is NOT a Function of Attitude (it’s a matter of prioritization) 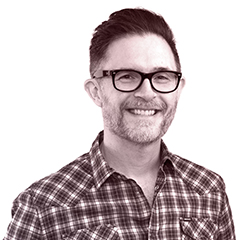 Chris Laping, Author, Co-Founder and CEO at People Before Things, LLC, joins Jan and Jim in a discussion about change — why it seems so straightforward but fails so often. The key to change is a culture of empowerment and respect.

Chris shares the genesis of the philosophy of People Before Things and how it grew from his leadership roles in IT. His curiosity led him to explore the conditions that prepare people for change and conditions that block change. Change is not a function of a team’s attitude but of their preparation and capacity. It is the role of the leader to prepare the team, communicate the why and how to them, and grant them the space to perform the necessary change in a culture of empowerment.

[4:47] Chris explains how he developed the framework for People Before Things. He stepped into IT leadership and found that it was difficult to build organizational buy-in for change. He looked for patterns to explain success or lack of success and he learned that change was not the end user’s problem but a leadership opportunity.

[8:06] Respect, collaboration, trust, and a unified vision are the attributes for project success. Leaders don’t always have these in their toolbox. Their toolbox is getting work done, performance, excellence, and continuous improvement. They need to intertwine a culture of empowerment with the tools of getting work done. Chris gauges a company’s health by how they tackle tough problems together.

[11:01] There is always change in an IT department. It is not the technology that solves problems. Chris has seen many managers become enamored with technology as an end, and not as a means to an end. Finance and HR leaders are especially susceptible to this. Building business capability is the goal. This is people’s work, not technology’s work. Culture is more critical than technology.

[15:43] Initiating technology projects without basing them on the culture sets up failure. Communicating and training on the technology is no substitute for communicating why there is new technology, and how it fits in the mission.

[19:27] In the IT world there is often talk about executive sponsors. It should be executive ownership, not just sponsorship. Executives need to emphasize how important this change is in the organization. They need to show up and be involved all the time. They need to be invested in the team and the team’s success. Executives and their team together need to be accountable to the same outcome and results.

[24:20] Chris’s father and other great leaders modeled intellectual curiosity and asking questions. Feedback loops require not just asking for feedback but actually doing something about the feedback. The important thing Chris learned from leaders is that questions led to action about the information. This reinforces the feedback loop. People learn their input will be heard, considered, and used.

[27:36] Chris offers two disruptive ideas: first, that change is a leadership opportunity. It’s not about team members refusing to change but about leaders enabling change. The heavy lifting is getting your team into position to win. The second idea is that real change happens at the grassroots level. It is important to get a common voice established in the rank and file. They often hold the key to solutions.

[29:57] Chris talks about offsite meetings. If your takeaway is a strategy that you will increase sales and improve profitability, you wasted your time. Your team comes to work daily already knowing this. Rather than spending time stating the obvious, get aligned on a common goal and why that goal is important.

[32:32] Chris defines strategy as prioritization. Treat resources as precision tools to apply in just the right place. Don’t let abundant resources make you complacent. Keep a sharp focus to reinvest in the things that bring the most benefit. Prioritize the two or three things that matter the most.

[37:31] Chris’s advice for his 10-year-younger version of himself: Be patient. Writing a book, sharing ideas, and building strong awareness for those ideas can be a slow build. There are no overnight successes. Chris starts from square one every day with his message, because most people haven’t heard them.

“It became very clear that the patterns around success … really had to do with me and that change wasn’t my end users’ problem.”

“People, in general, are very purpose-driven and want to make a difference at work.”

“When [people] know why something is important, you get different results.”

“If change is really important and vital to an organization, we must clear the decks and let people focus on it.”

Leaders have to prioritize time and space for a change or it will not happen.

Respect, collaboration, trust, and a unified vision are all attributes for a winning project.

“Technology is the vitamin and culture and how we treat people is really, truly the painkiller.”

“The worst thing you can do is actually ask them for their feedback or opinion and then proceed to do nothing about it.”

The keys to disruption are for leadership to enable the team to change and for the team to give voice to their feedback.

“If the opposite of your strategy isn’t a strategy, then you don’t have a strategy.”

“When organizations have priority and focus, the capacity they need to accomplish the things that are essential is there.”

“Prioritize — of the 20 things we could do to win the game, what are the two or three that matter the most?”

Chris Laping, author & CEO, People Before Things, LLC, brings 25 years of information technology and business transformation experience to his newly released book, People Before Things, which focuses on change leadership. Chris enjoyed 14 years as a Chief Information Officer across three different brands and the work of his teams has been spotlighted in the Wall Street Journal, Forbes, Fast Company, and CIO Magazine, among others. His book explores the connection of the human experience to the outcomes of change and transformation initiatives and the role leaders play to pave success.

Most recently, Chris was the Senior Vice President, Business Transformation and Chief Information Officer at Red Robin Gourmet Burgers, where he was a highly contributing member of a management team that completed a successful turnaround of an $8 stock to $89.

Chris has received several awards for his work in the IT industry including The Economist’s Top 5 Social Business Leader and InformationWeek’s Social Business Technology Leader. He has also been named as a ComputerWorld Premier 100 IT Leader and has received three InfoWorld 100 awards. The work of his teams has been spotlighted in three books: The Engaged Leader, Mobile Mind Shift, and Implementing World Class IT Strategy. 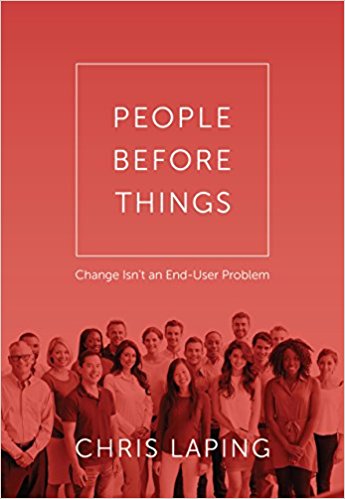