TLP094: Sell The Problem, Not the Solution 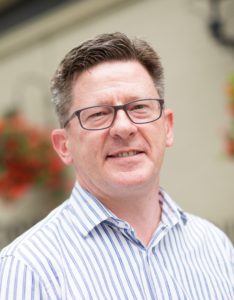 Brian Caulfield is one of the most accomplished tech founders and venture capitalists in all of Ireland. A serial entrepreneur turned VC, he is Managing Partner at Draper Esprit, the leading European venture capital firm. Brian gives back to his community by acting as a private investor/advisor to a number of early stage technology companies. He talks with Jim and Jan about the culture of leadership in Europe, how it differs from the United States, the role of AI and innovation in creating a more fruitful landscape for leaders, the importance self awareness and ability to solve the problem rather than the solution, and gives the traits he feels are most important to becoming a strong and successful leader.
Key Takeaways
[4:51] Good technology is only small part of the success in any business. If you are going after the wrong market opportunity or have the wrong team, that will be more influential than the strength of your technology.
[6:48] By giving a deep understanding of the problems and challenges to get more commitment to the solution.
[11:06] Brian discusses the issue of fragmentation with startups in Ireland, and how it affects leadership. Ireland needs more organization and focus on their own indigenous innovators to create an environment for early stage companies.
[23:44] One of the key tenants Brian teaches other emerging leaders is to develop their individual decision making skills, and the importance of self awareness.
[28:06] As a leader it is quite important to give honest feedback with evidence about their situation.
[31:21] The more examples people have of others successfully making the leap of entrepreneurship successfully, the more apt they are to feel as though it’s possible for themselves.
[42:54] Brian cites Shay Garvey as one of his biggest mentors and inspirations as a leader. He fostered Brian both personally and professionally, and gave him a positive view of building a great business.
[46:03] The 5 traits to spot a leader: market knowledge, focus and drive, passion and conviction, ability to listen and charisma and compelling.
How to contact Brian:

Quotable Quotes
Bio
Brian Caulfield is an entrepreneur & venture capitalist. He is Managing Partner at Draper Esprit, the leading European venture capital firm, and based in Dublin, Ireland. Prior to joining Draper Esprit, Brian was a partner at Trinity Venture Capital where he sat on the boards of or led investments in AePONA ChangingWorlds, CR2, SteelTrace & APT. Previously, Brian co-founded both Exceptis Technologies – sold to Trintech Group, November 2000 & Similarity Systems, a business focused data quality management software company that was acquired by Informatica, January 2006. Brian’s Draper Esprit investments include Movidius, Datahug, RhodeCode, Mobile Travel Technologies & Clavis Insight. He also sits on the board of the Irish Times, Ireland’s leading daily newspaper. He is a private investor/advisor to a number of early stage technology companies. Brian is a Computer Engineering graduate of Trinity College Dublin. He was the 2007 recipient of the Irish Software Association “Technology Person of the Year” award and has been inducted into the Irish Internet Association’s Hall of Fame. In 2010 he also received the Halo Business Angel Network’s͞ Business Angel of the Year award. Brian is a former Chairman of the Irish Venture Capital
Association.
Download the very compelling report mentioned in this episode:
Labor 2030: The Collision of Demographics, Automation and Inequality ==> Download
TLP093: Why Grit Matters
TLP095: Leadership Requires Solitude