Michael Bungay Stanier has written books that have sold about a million copies all told, including The Coaching Habit. He founded a training and development company, Box of Crayons, that has taught coaching skills to hundreds of thousands of people around the world. Listen in to see why Michael has been named the #1 Thought Leader in Coaching; and why his work has resonated with thousands…

[2:00] Jan and Jim met Michael Bungay Stanier through Bobby Herrera, the author of The Gift of Struggle. Michael is the author of the most successful book on coaching of this century, The Coaching Habit. Michael’s latest book is How to Begin.

[3:06] Little-known facts about Michael: he was banned from his high school graduation for a balloon prank, he was sued by one of his law school professors for defamation, and his first professional writing was The Male Delivery, a romance short story.

[6:07] Michael recently wrote on LinkedIn about his mother’s 50-year-old garden. It has a series of microclimates: a vegetable garden, a fern garden, a wisteria garden, and a Wollemi pine. Each area is looked after differently. He compares caring for a garden to caring for the microcultures in an organization’s culture.

[6:18] As a leader you see that things need to change. You’re constantly looking to evolve and grow your organization or strategy. The way you think about engaging all the other people is how change happens in an organization.

[8:36] In Australia, some trees need to be burned before they will germinate. Sometimes you need to burn some stuff down to allow the culture to germinate, refresh, and regrow.

[10:01] Jan quotes a military mantra, “Selection’s an ongoing process. Just because you got to come here and be in this organization doesn’t mean you get to stay.” Michael notes that our natural wiring is to add. One of the most powerful things to do to drive change is to remove. Michael tells of a study involving adding or removing Lego blocks to make the desired shape. Most people added blocks.

[11:05] Most people, when thinking of change in an organization, ask what they need to add. Instead, they would get better changes by asking what 20% of what is happening, what practices, structures, systems, culture,  or people, they need to remove! Michael learned of the study by reading Subtract: The Untapped Science of Less, by Leidy Klotz.

[12:15] We are also wired to give advice, even when it’s better to ask a question. Michael counsels leaders to stay curious a little bit longer and move to action and advice-giving a little bit more slowly. Michael explains where we go wrong with giving advice.

[14:29] One resistance to having coaching be part of your culture is asking who has time for it. Michael says if you can’t coach somebody in 10 minutes or less, you do not have time to coach them. Being curious does not take a vast amount of time. Michael defines coaching as being curious just a little bit longer. Being curious allows you to figure out what the real challenge is.

[16:00] Strategy is knowing what the real thing is and being bold enough to go and try to fix that. Organizations are filled with people who are good at coming up with fast, not very good ideas. If you’re just one of them, you’re not as valuable to your organization. If you’re always the person who asks, “What’s the real challenge we’re trying to solve here?” you become invaluable. Get the diagnosis right.

[16:33] Michael just had a free webinar that asked “What’s the one question that unlocks everything?” The question is, “If I’m going to say ‘yes’ to this, what must I say ‘no’ to?” He quotes Michael Porter, who said, “Strategy is choice. It’s having the courage to make the choice.” Most of us are afraid of making the choice.

[19:38] The book, How to Begin, asks if you understand the prizes and punishments of staying committed to the status quo. People often don’t understand how much they get from the way things are right now, even though they’re overwhelmed. You need to know what you value and hold dear. There is a tension between the work that has impact and work that has meaning.

[21:28] You have to ask what has to be done in this organization for this thing to be a success. What is the work you do that unlocks the best of who you are and has the maximal impact within your organization?

[23:15] What does it mean to set a worthy goal? How do you set the goals that matter to you? How do you set a goal that claims ambition for yourself and the world? Michael suggests there are three key elements 1.) Is it thrilling? Does it light you up? 2.) Is it important? 3.) Have you picked a worthy goal that is daunting to you? Will it take you to the edge of your sense of self?

[25:14] If you have a goal that is thrilling, important, but not daunting, you have plateaued; you are no longer learning. Michael is now an old dog but he still wants to learn new tricks! Neuroplasticity is how you keep your brain alive and push yourself to the edge.

[26:44] Specific, Measurable, Achievable, Relevant, and Time-bound (SMART) goals are goals of things for management to track. Leadership goals are harder to measure and track.

[30:12] When Michael’s father was dying, Michael shared with his father a book chapter he had just written about him, referring to Rilke’s poem “The Man Watching,” about Jacob wrestling with the angel. Michael saw his father as Jacob, a very good man wrestling something greater than himself and becoming the best of who he was.

[33:37] Michael is writing a book and he is finding a lot of resistance in the writing. He feels he is losing a wrestle with an angel and feels the angel’s thumbs pushing him down. He asks himself what is his worthy goal. Right now, it’s to be with his mother in Australia, to help her with her grief and mourning, and to let go of his need to write his book or anything else.

[39:09] When should coaches talk? Michael says the more he’s been around, the more he says the best thing to do is allow the person to figure their stuff out so that they’re creating new neural pathways and gaining competence, confidence, self-sufficiency, and autonomy. That’s the better way to coach.

[40:00] Are you asking questions in service of the client or in service of the problem? Michael says to test it out. Ask the person you are talking to, “Does this feel helpful? What feels useful here in all of this, if anything?” The client will know the answers to those questions better than you will. Figure it out between the two of you. Coaching is a relationship. Stop trying to figure it out all in your head.

[42:41] Michael’s closing thoughts: “If you can stay curious and you can stay kind and you can be generous, that just takes you a long way down the path of being a good human being. Curiosity, kindness, and generosity are a really powerful triumvirate.”

“Any dominant culture actually has subcultures and microclimates. And you’re not just trying to build a culture, you’re [asking], ‘How do I build these microclimates that are all contributors, culture-adds, to the overall culture of… Click To Tweet “If you’re a leader, one of the mantras you have is ‘Stuff needs to change around here.’ You’re constantly looking to evolve and grow your organization or your strategy in some way. … The way you think about engaging all the other… Click To Tweet “I’m trying to get people in organizations … to stay curious a little bit longer and rush to action and advice-giving a little bit more slowly because most of us are advice-giving maniacs.” Click To Tweet “There is a place for advice-giving. There is absolutely a place for advice-giving! It’s an act of civilization to trade information. What kills us is when we have leaping to advice as our default response.” Click To Tweet “When you work in an organization, you’ve got a tension always between work that has impact and the work that has meaning. If you can be really clear on the stuff that matters to you, … then you also have to ask, ‘What needs to be… Click To Tweet “If you’re not working on the right thing, it doesn’t matter if your goal is specific, measurable, attainable, timely, or whatever else. It’s like you’re not working on the thing that’s going to have the most impact and bring out… Click To Tweet “With a worthy goal, you can do work on one or two worthy goals, not more than that.” Click To Tweet “I’m trying to write a book at the moment, and I wrote my words today, but, man, I am finding resistance to this book; the dark force in this book is stronger than usual! … I know how to write a book, but this book, I went, ‘What?!… Click To Tweet “I want people to say, ‘Look, I know where I’m good, and I also know where I’m not good and I don’t need to be grandiose about either of those things. That’s what I’m working with. That’s the reality that I’m playing with.’ That, to… Click To Tweet “The longer I’ve been around, the more I see that my answers aren’t as good as I think they are. And the more I’ve been around, the more I say the best thing to do is allow that person to figure their stuff out so that they’re… Click To Tweet 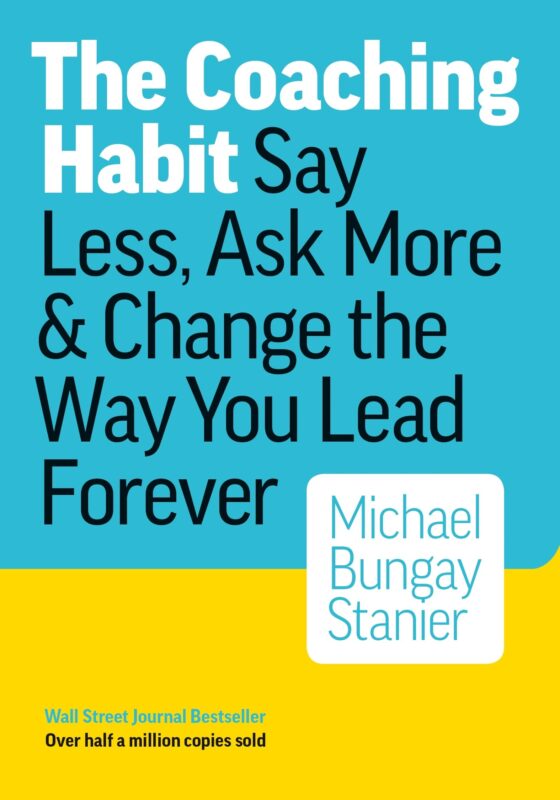 How to Begin: Start Doing Something That Matters 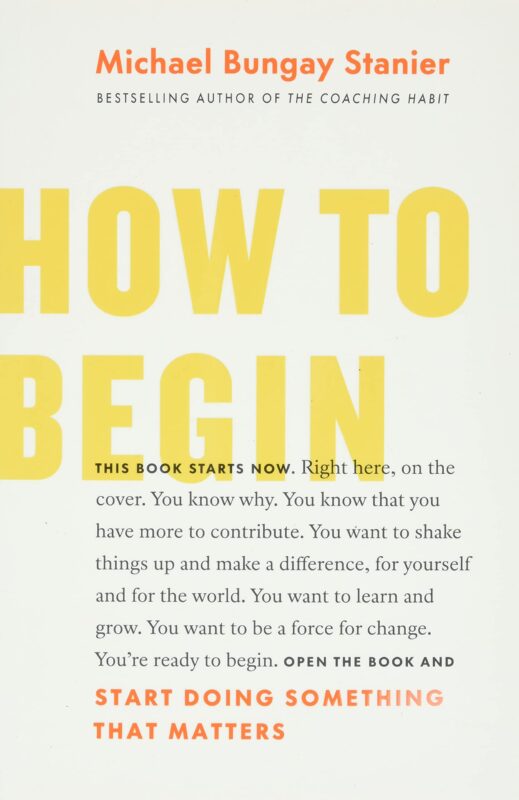 Subtract: The Untapped Science of Less 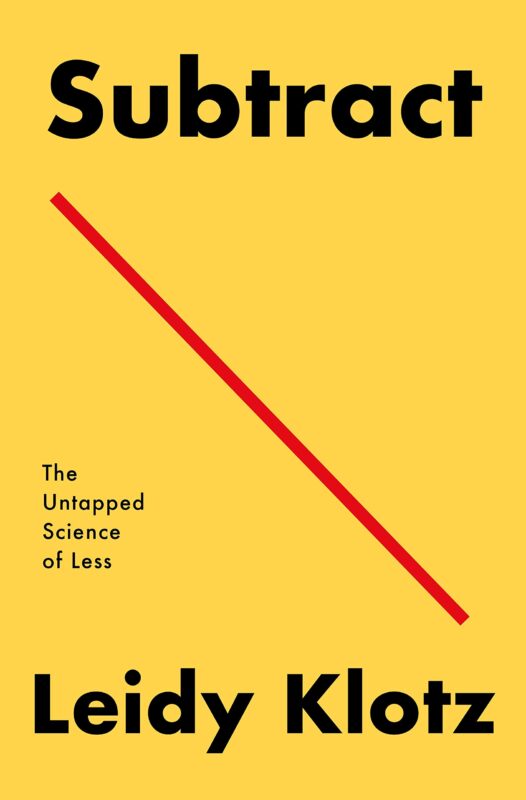 The Gift of Struggle: Life-Changing Lessons About Leading