TLP089: We’re Not Very Different from One Another 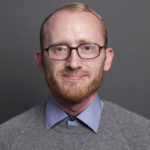 Zack Baddorf, award-winning journalist and filmmaker, joins The Leadership Podcast to discuss what he has learned while documenting what it is to be human in more than 30 countries, including Syria, Iraq, Ukraine, Afghanistan, Pakistan, the West Bank, and Kashmir, as well as rebel-held territory in Sri Lanka and Burma. Zack has been published by the New York Times, Washington Post, BBC, Reuters, CBS, ABC, NPR, and the Wall Street Journal. His videos on social media alone have more than 30 million views.

[3:47] Zack has worked in over 70 countries. His big takeaway is that around the world, we’re not very different from one another. He tries not to judge people, even people who make bad choices.

[5:12] Zack shares an experience he had of demonstrating a drone to starving children in the Central African Republic. In the midst of terrible conditions, they found joy and happiness in the good in their lives.

[22:23] Zack is a proponent of the UN’s Universal Human Rights: education, food, security, and more. It’s a work in progress. He also believes in the Western World’s responsibility to protect people from violations of human rights.

[28:53] For troubled countries, leadership for change comes down to trust. You can’t come into a situation quickly and expect to be effective. Zach gives examples of working with U.S. Special Forces in Afghanistan and with community religious leaders in the Central African Republic. Trust is built over time.

[33:54] Zach’s curiosity is driven by his desire to know how things work and what is going on in the world. He wants to get all the angles to a story, being objective while acknowledging our biases.

We’re not very different from one another.

I try not to judge

Good journalists recognize their own bias

You have to know all the different angles of a story.

Zack is a journalist and filmmaker with more than 15 years of experience producing award-winning stories from more than 30 countries, including Syria, Iraq, Ukraine, Afghanistan, Pakistan, the West Bank, and Kashmir, as well as rebel-held territory in Sri Lanka and Burma.

While based in the Central African Republic, Zack broke the news of the American military ending its mission against the Lord’s Resistance Army. His in-depth reporting on the Syrian town of Moadamiyah contributed to humanitarian access being granted to besieged people there. Weeks before Russian troops invaded Crimea, my reporting from the peninsula highlighted its political importance in the conflict.

He works as a video producer for the International Center for the Study of Violent Extremism, crafting anti-ISIS videos. For a year in Afghanistan, he worked on rural, remote bases for the U.S. Special Operations Command as a civilian videographer, alongside Green Berets, Navy SEALs and Afghan security forces.