General Lori J. Robinson is the former Commander of NORAD and NORTHCOM. Her selection made national news as she appeared on the cover of Time Magazine as the first woman to lead a US Combatant Command. Her 36-year military career is filled with remarkable accomplishments at the highest levels of operations, diplomatic engagement, and political coordination. Today, she dedicates herself as a mentor to those seeking to better balance career demands with personal and family responsibilities. General Robinson shares her perspectives on transitioning from military life to civilian, redefining the definition of servant leadership, and the differences in responsibilities as a leader.

[3:10] Sometimes, people get nervous around General Robinson, but as a leader, it’s your job to make the room comfortable.

[6:30] General Robinson recommends veterans take some time for themselves to recover.

[16:15] When General Robinson came home after work, it would take her an hour and a half just to decompress because of everything that was going on. And when General Robinson officially retired, it took her six months to recover and to reflect on her personal life.

[20:15] Whether you’re a commander or CEO, everyone has unique thoughts on how to get to the end goal and it’s important as a leader just to listen to those views and thoughts.

[22:15] When it comes to harmony within the organization vs. healthy conflict, General Robinson sees it differently. It boils down to what is the main goal and objective we’re all trying to achieve, and how can we bring healthy conversation into the fold to get there.

[26:30] Servant leadership really could be redefined as supportive leadership. It’s not always your job to do every task under the sun, but to actually support and empower your team to do it themselves.

[31:00] You need to have a conversation with your spouse about whose career comes first. For General Robinson and her husband, it made the most sense for her husband to leave his service after 17 years to join the reserves and the private sector.

[33:55] If both of your careers come first, then you need to set boundaries for how long you’re willing to live apart. Have the conversation now before it becomes an emotional one.

[43:55] Listener challenge: Be true to yourself and say thanks every day.

“The tone from the CEO about everybody having the same destination in mind, listening to everybody, and bringing it together to make it one company, it’s very doable.” Click To Tweet “It’s about being a part of something that’s bigger than yourself and it’s not about you, it’s about the institution.” Click To Tweet “I’m certainly not the smartest person in the room. No matter what the task at hand is, it’s important to listen to what experts have to say, but at the end of the day, a decision has to be made.” Click To Tweet “I’m so humbled and honored to have done and seen the things I did and I’m grateful to the people who have given me the opportunities that they did over my career.” Click To Tweet

Stillness Is the Key 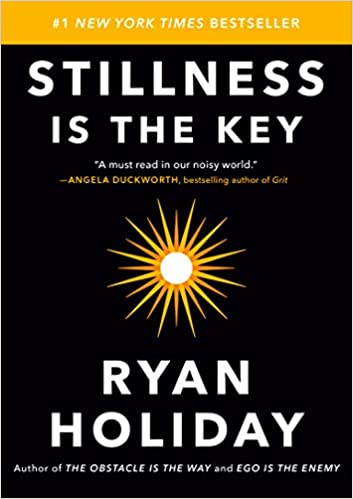 TLP225: The Democratization of Innovation
TLP227: Hard Stuff - The Case for Reskilling