TLP050: Why “Your Why” Demands an Entrepreneurial Mindset 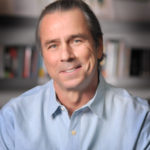 Howard A. Tullman, CEO of 1871, shares his advice and wisdom from his years as an entrepreneur, academic, speaker, columnist, futurist and community leader. The conversation starts with the sudden growth of Chicago’s tech sector, supported by 1871, and the objectives of 1871 in preparing entrepreneurs to build a business community and innovate for growth. Howard discusses the business and university partners of 1871, and the programs they sponsor. He also talks about Bunker Labs that helps returning veterans to become entrepreneurs. The discussion turns toward principles of entrepreneurship, trends in the workplace, and why everyone will need to be entrepreneurial before too long. He says, if you’re not in a hurry, you’re probably too late. Listen in to learn how entrepreneurism is leadership.

[2:38] Howard was involved in 1871 from the beginning, and took the CEO role after a year, taking it from a community hub to a sustainable business. The state and city had ceased to support them. Howard’s ‘Job One’ was to make themselves into a profitable self-sustaining nonprofit.

[4:53] Howard stresses the key message of moving faster than your competition, and being in a hurry to get to market. In five years, Chicago has moved from virtually not having a tech sector, to being the top U.S. city for successful tech startups. Chicago, with its many universities and industries, is a natural center for talent, capital, and customers.

[7:09] 1871 connects startups with large corporations looking for ‘innovation juice’ and ‘disruption stuff.’ They all have the same five problems: being much too slow, doing insufficient R&D, not being attractive to young creative digital workers, thinking the leaders who broke the company will fix it, and not passing institutional knowledge between generations of workers. 1871 addresses all these problems.

[8:43] Howard notes that besides large companies, 1871 has seven university partners. They have a different problem: they have many inventions and new ideas, but the faculty is not interested in the messy work of commercialization. 1871 builds companies around the tech and brings it to market.

[9:42] Bunker Labs at 1871 specifically helps veterans to become successful entrepreneurs. Howard talks about the range of entrepreneurs, young to old. Right in the middle are the vets, who are mission-focused, more mature, and more committed — this is their shot. The Bunker has been a critical way to smooth that transition. With 500 companies, they can find someone they can help, or go solo.

[12:55] Howard wrote an article about his long-time friend Bruce Springsteen, and how he brings everyone’s experience alive. “The Boss” embodies entrepreneurs. Entrepreneurs need to have: passion to make a difference, preparation, perspiration to do the hard work, perseverance, and principles. These are all values-based attributes. These are values shared by veterans.

[16:03] Howard speaks frequently in Chicago on future trends. He says 1871 is designed to produce serendipity and synergy. Real innovation occurs at the edges and at the intersections of different interests and domains. Leadership requires showing a vision and a path to get there. Howard does homework to keep current in about 20 fields. He works to help people not repeat familiar mistakes.

[23:32] Howard talks about effective leaders. They eat the elephant one bite at a time. They don’t try to boil the ocean. They nail it before they scale it. They don’t care who gets the credit. They make real things happen. Make it easy to do business with your business — audit your website for ease of use!

[29:26] Howard looks to entrepreneurs, not to government, for change. Regulations lag innovation by about 10 years. Uber and Airbnb are the cheerleaders for asking for forgiveness, not permission. If the government doesn’t catch up, that’s the only way change is going to happen. 1871 is going to be teaching a ninth-grader class. High school students, rock stars, and jocks all want to be entrepreneurs!

[33:46] Howard wrote recently that not only are the business schools not teaching leadership, but they are not teaching the equally important subject of sales. A leader starts by selling himself. Howard models behaviors he wants the startups to incorporate into their business. Build the culture right, and people who come in will adopt it, or will leave. Entrepreneurship is all about execution, and hard work.

[36:31] Howard cites Andy Warhol, “Being good at business is an art.” Entrepreneurs paint a roadmap on a blank canvas. 1871 is filled with art to show various ways to achieve excellence. Entrepreneurs take their satisfaction from performance.

[40:57] Howard notes one huge difference between Special Operations Forces and entrepreneurs. The Special Ops have a team behind them. It’s lonely to be an entrepreneur. It’s hard to build that team, but you need a team.

“[Sustainability] was … mission critical because the state and the city ceased to be a source of … financial support.”

“Our strategy is basically, if you’re not in a hurry, you’re probably too late.”

“From a sports standpoint, we feel like we’re playing the whole game in overtime.”

“How can I make your business make more money; be more productive; save you time; help you make better decisions?”

“Every one of these big businesses comes in here, and says, ‘How do we get some of this innovation juice?’”

“We’re helping them in all those dimensions, to really make these big companies now increasingly competitive.”

“That [university’s] technology ends up here, and then we build companies around it and take it to market.”

“1871 is not just 16-year-old kids with challenged complexions. We have career changers; we have serial entrepreneurs.”

“Part of our job is to tell them that their babies are ugly, sometimes.”

“What’s so interesting is that they all have the same problem, which is actually five problems. The five [things necessary for entrepreneurs] are: … passion, preparation, perspiration, perseverance, and principles.”

“To make a lot of money … go somewhere else, but if you want to make a difference, that’s what we’re talking about.”

“The real innovation occurs at the edges and at the intersections of different interests and different domains.”

“It’s easy to get down in the weeds but … you can’t lead anybody without showing them a vision and a path to get there.”

“I have to stay up on about 20 areas, and the only way I stay sane is to stay out of a few areas.”

“The rule is: You don’t want to take directions from someone who hasn’t been there before.”

“We’re all about pattern recognition; helping the next guy coming up behind us not make the same mistakes.”

“When Jay Z says he wants to be known as a businessman, not as a musician, that’s pretty powerful for these kids.”

“Everybody … is going to have to take control of their own lives and be entrepreneurial … these are life skills!”

“Do what has to be done, do it as well as you can do it, do it on time, and do it that way every single time.”

“If you want somebody to believe your promises tomorrow, it really pays off to have kept them from yesterday.”

“It’s head down; hard work … We’re not going to outsmart people, but there’s nobody who’s going to outwork us.”

“All you can do … is say I left it all on the playing field, I did the best job I could … Then you can go home and sleep.”

“I don’t give general advice, because every case is so different, that I’m not adding any value if I tell you to be a good person.” — Gary Vaynerchuk, quoted by Howard Tullman

“The buck stops with you. You’re the one who worries 24/7 and you can never leave it behind you.”

Howard A. Tullman is the CEO of 1871 in Chicago – where digital startups get their start – and the General Managing Partner for the Chicago High Tech Investment Partners, LLC and for G2T3V, LLC – both Chicago-based venture capital funds. He most recently was the Chairman/CEO of Tribeca Flashpoint College which he co-founded in 2007. He is the former President of Kendall College in Chicago and the former Chairman/CEO of Experiencia, Inc. He is also the Chairman of the Endowment Committee of Anshe Emet Synagogue, a member of the National Advisory Council on Innovation and Entrepreneurship (NACIE); a member of Mayor Emanuel’s ChicagoNEXT and Cultural Affairs Councils; the Innovate Illinois and Illinois Arts Councils; a member of President Preckwinkle’s New Media Council, an Advisory Board member of HighTower Associates, Built in Chicago, and Imerman Angels, and an Adjunct Professor at Northwestern’s Kellogg School, as well as a regular guest lecturer at the Northwestern University School of Law. Mr. Tullman also serves as a Director of Vehcon, SnapSheet, and PackBack Books and served as a long-time Director and Board Chairman of The Cobalt Group, a Trustee of the Museum of Contemporary Art in Chicago and of the New York Academy of Art and the Mary and Leigh Block Museum of Art at Northwestern University, and as the lead Director (and briefly Chairman) of The Princeton Review. Over the last 48 years, he has successfully founded more than a dozen high-tech companies.

Linchpin: Are You Indispensable? 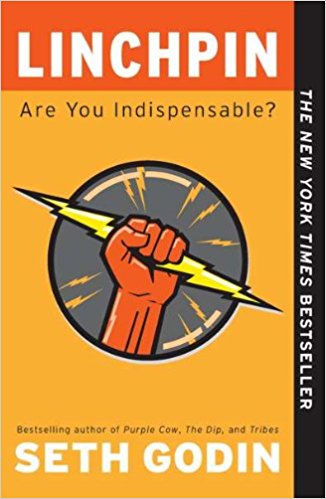 What “the Boss” Can Teach Us About Loss 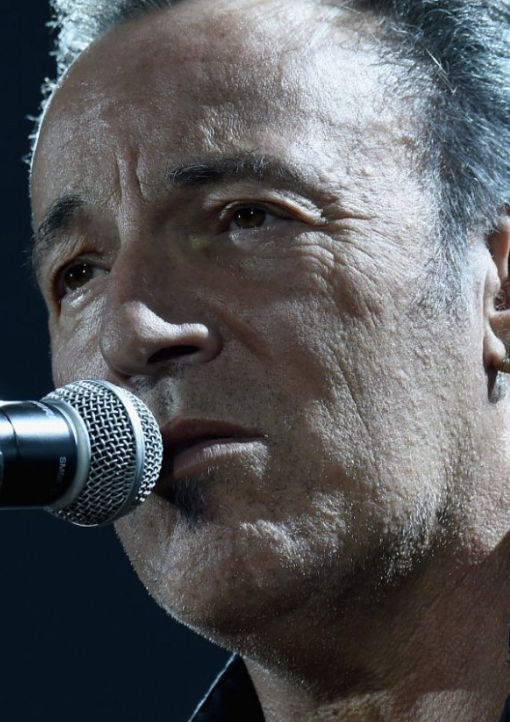 TLP049: The Future-Proof Workplace vs. The Br...
TLP051: Leadership is Hard Because Character ...