TLP054: Create the Climate for a Leader Development Culture 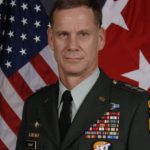 Retired Lieutenant General Frank Kearney works with the Thayer Leader Development Group at West Point. In this discussion, he covers his military and post-military career in leadership development, and shares the wisdom of his experience in building leadership within organizations. He stresses culture, selecting leaders, training, communicating intent, and how intent is reflected back so there is clear guidance. He talks about the continual leadership training within the Army, and how those principles of training apply to the corporate world. He mentions Team Red, White & Blue and their work to help returning veterans network and stay physically active and connected in society. Listen in to learn more of how Special Forces and veterans have leadership abilities that transfer well into the civilian office.

[2:43] Frank spent 35½ years in infantry, airborne, and in Special Operations leadership. He praises the people he worked with, especially the Ranger Regiment. He learned to be a good soldier and a good leader, and he advanced to a level where he could represent the organization in the Pentagon and in Congress. Frank’s last assignment in the military was at the National Counterterrorism Center.

[4:31] When Frank left the military, he wanted to build leaders. He sought out the Thayer Leader Development Group at West Point, and asked for the opportunity to demonstrate a role as senior advisor to help stitch programs together. He is able to work with a lot of great companies in the United States, and to learn about them.

[5:59] Frank points to the cultural level of an organization as the point where team dysfunctions start. When you set up a climate of a leader development culture, then the tasks of picking the right people, training them the right way, and adapting the organization to today’s environment will all follow.

[7:00] Since 1775, the U.S. Army has processed every generation, adapting to the environment around them, and giving every young man and woman who stays past their first enlistment a leadership opportunity. The Army is always building leaders focused on mission and success, strategy, and resourcing for that strategy. The Army uses assessment, selection, and training for mission success.

[10:12] Selection for Special Operations assumes a given number of years of future service. In corporate America, employment is at-will. Frank says people stay in special units because they love the culture, the environment, the mission, and the camaraderie. They are incentivized by purpose. Corporate leaders have the job to create that climate and culture that will incentivize their teams.

[14:15] Frank says the key to culture is to understand why you are doing what you are doing. Know your mission and make your culture. The military and business share a clear vision with a clear purpose. Every organization has its purpose. Great organizations have connected teams that share camaraderie and vision. Frank talks about the purpose of Team RWB, giving veterans purpose through physical training.

[20:51] Frank serves on the Threat Reduction Advisory Committee. He speaks about the work they do. It involves the art of influencing up, using his unique counterterrorism experience to continue to serve the security of the country. People are more aware of threats because they are more broadcast. We are in no greater danger, but there is an ability to influence, alarm, and excite people beyond the existing threat.

[27:35] Frank has been fortunate to serve on a lot of teams with great men and women. He shares one team story from the invasion of Panama. The night of December 20, 1989 went off like clockwork. It was the result of years of planning, with late changes. In a coup de main, the Special Forces hit so many targets the first night that it overwhelmed the enemy. The intent had been clear, and they succeeded.

[33:10] Frank talks about laying out intent, so the team is able to act with purpose. Good strong leaders want to get in and help, but should resist. They need to train the team, so the team can plan, and brief leadership on their plan. The briefback allows leaders to coach people back within the margin of risk. The three keys to the leader development cycle are intent, briefback, and coaching within the margin of risk.

[38:03] The military is a place to give back. Millennials also want to give back to society at large. Frank sees a trend of purpose among Millennials. They want to know why they are doing things. Frank advises executives to treat them the way they want to be treated, and communicate with them in the medium in which they communicate. Leaders have a responsibility to learn how to connect with their employees.

[41:20] Intent communicates two levels down — to your direct reports, and then to their direct reports. This way, intent is communicated to every level, and vertical alignment is in place. The magic in intent is the immediate reflection back to you, “This is what I heard.” Then you validate, or correct. People do not always understand without reflecting back, and having it validated or corrected. 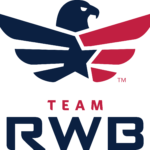 “I … learned very quickly from really, really wonderful non-commissioned officers about how to be a good soldier and a good leader.”

“I moved through the ranks of the Army up to senior leadership positions, where you actually step out of the things you really enjoy, and then give back to the organizations.”

“What I really want to do is to help build leaders.”

“The best thing that we can say we do as successful leaders in the military is the legacy we leave, or the wonderful leaders who are now leading.”

“Do you believe that one of your core functions as an organization is to develop the next generation of leaders?”

“If you set a climate that has what I would call a leader development culture, then the other pieces of this … aren’t really the challenge.”

“I often tell people in business … the United States Army has processed every generation since 1775.”

“Largely, the focus in the Army is building leaders for the next generation … I just don’t think organizations see it that way.”

“Almost all Special Operations organizations have an assessment selection process.”

“I think if business spent a little bit more time on the front end … analyzing the behaviors, traits and attributes that are resident in their very successful employees, they will have a much better start.”

“I tell corporate clients that it’s your job as leaders to create that climate.”

“One of the things Millennials really like is values. They like to know why they’re doing things.”

“It’s about setting the climate, setting expectations, and giving people the opportunity to grow and develop by giving them clear guidance in intent, not telling them how.”

“We teach people how to think, not what to think.” — General Peter Schoomaker

“Do you have processes that allow your people to grow, develop, and innovate new organization process information to … get there?”

“We have people in [Team Red, White & Blue] whose purpose is to get the young men and women who are challenged as they integrate back into society, off the couch, back into a network.”

“The [Panama] operation was developed with the end in mind, not, ‘How can we wreak the most damage?’”

“If you want people to have ownership buy-in, they lay out clear commander’s intent. Why are we doing what we’re doing? What does success look like?”

“The corollary to intent and freedom of action is, ‘Yes, but brief me back.’”

U.S. Army Retired Lieutenant General Francis H. (Frank) Kearney III retired on 1 January 2012 from the United States Army after more than 35 years of service. His final active duty assignment was Deputy Director for Strategic Operational Planning at the National Counterterrorism Center in Washington D.C. General Kearney now serves as the President of his own consulting company, Inside-Solutions-LLC focusing on leader development in organizations. He works routinely with the Thayer Leader Development Group at the Thayer Hotel at West Point, NY and with military and corporate groups to assist in improving organizational performance through leader development. In this capacity he has worked with leaders in 7-11, Deloitte, Mercedes-Benz USA, General Electric, USAA, Novartis, Madison Square Garden, China-Europe International Business School, Morgan Stanley, Synchrony Bank and many others. General Kearney serves as the Chairman of the Advisory Board for Team Red, White and Blue, a non-profit that helps reintegrate wounded warriors into their communities through physical and social activities, as well as on the Board of Directors for Draper Laboratories, and the advisory boards for Red Gate Group, Xtreme Precision Firearms, Reperi and Teradact Solutions. General Kearney is a routine speaker on Terrorism, Interagency, Defense and Security issues. General Kearney also serves as a member of the Threat Reduction Advisory Committee (TRAC) to the Secretary of Defense. He was a congressionally appointed member of National Defense Panel to assess scenarios, recommendations and conclusions for the 2014 Quadrennial Defense Review (QDR). General Kearney also serves as a Distinguished Faculty Member of the Joint Special Operations University at USSOCOM and as a mentor to the Department of State Foreign Service Institute in Washington D.C. He is a Senior Special Operations Fellow at the Center for Naval Analysis, an FFRDC in Washington D.C.

General Kearney is a 1976 graduate (BS) of the United States Military Academy and a 1985 graduate (MEd) of the University of South Carolina. He is a graduate of the U.S. Army Command and General Staff College as well as the United States Army War College. He has served in operational and command assignments at every level with combat tours in Grenada, Panama, Bosnia, Iraq and Afghanistan. General Kearney’s most recent assignments at the strategic and operational level focused on Special Operations and Counterterrorism. He planned and participated in the opening campaigns of Operation Enduring Freedom in Afghanistan and Operation Iraqi Freedom in Iraq and commanded all Theater Special Operations forces in the middle-east including OIF and OEF from March 2005 to June 2007. General Kearney also served as the Deputy Combatant Commander for United States Special Operations Command (SOCOM) from 2007-2010 and insured that the 62,000 operators of this command were properly trained and equipped for their global special operations’ missions. General Kearney oversaw the SOCOM requirements process, the execution of a 10 billion dollar budget and led the SOCOM Quadrennial Defense Review (QDR) team for the 2010 QDR. General Kearney also sat on the DOD Ballistic Missile Defense Review Committee and the Deputy Secretary of Defense’s Advisory Working Group managing the Defense Department’s annual budget approval and execution. Finally, at the National Counterterrorism Center, General Kearney worked with 16-29 different cabinet level agencies in the U.S. Government to plan and coordinate the whole of government efforts to achieve the goals of the Obama Administration’s Counterterrorism strategy. His team coordinated key implementation plans against terrorist groups and assessed the efforts to achieve stated goals as well as provided input to the Office of Management and Budget on funding priorities for the national counterterrorism budget.

The Speed of Trust 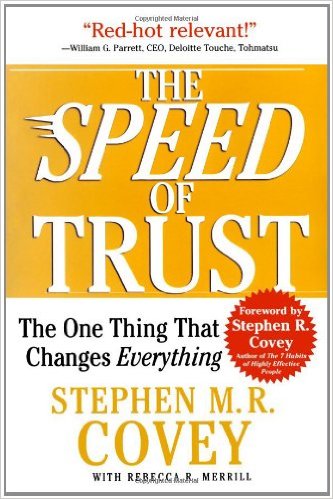