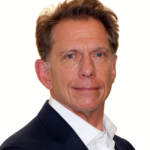 [2:21] A Stanford grad – Silicon Valley captivated him. New opportunities spark new inspiration. He worked for a startup in school. Later, he started a company with partners. With success on the early internet, they sold the company. After four years, Jim left to start an internet company. The dot.com bubble burst, and his company failed.

[6:52] Jim was looking for a buyer when the attacks of 9/11 occurred. Jim immediately committed to help. Tragic circumstances may awaken heroic aspirations to help in meaningful and substantial ways. Jim decided to do something substantial to make a meaningful difference.

[8:30] Once Jim had an idea, he stuck with it. He had no Government or nonprofit experience; he just moved forward. A National Geographic Channel story about Special Forces Sgt. 1st Class Jay Smith organizing baseball for local Afghan youth inspired Jim. Baseball helped Jay and his team build better relationships.

[11:29] Jim realized other men and women serving would like to do the same. He wanted to provide resources for them. Jim learned his own background as an entrepreneur was relevant to Special Forces. The Special Forces lack access to venture capital. Windows of opportunity close too quickly for channels.

[15:10] Jim gives examples of projects in the Middle East to support the war effort. SOA has provided targeted humanitarian assistance, economic assistance, and non-lethal assistance to get basic services back up and running, and build trust and prevent insurgency, in 50 countries, to date.

[17:08] Jim describes a large, long-term successful operation in Niger, working under the guidance of the Theater Special Operations Commands (TSOCs). They represent the best of American ideals, and support the U.S. mission abroad working with the military and with diplomats, in their missions.

[24:43] Jim stresses the importance of listening to learn. Jim knew, starting Spirit of America, that he had no knowledge of what to do in a village in Afghanistan or West Africa, or what the military should do. So he knew his organization would need to listen to and respond to the front lines.

[28:30] Jim considers the struggle between listening, and being aggressive. Be aware that between the two approaches, neither one is always right. General Mattis said, “We’re going to be no better friend, and no worse enemy.” General Mattis gives repeatable direction. It is simple and understandable. It involves active listening and verifying understanding.

[32:42] Jim has worked with a lot of great people, but his father was his greatest mentor. His father had a sign, “Instead of thinking of reasons why you can’t, think of how you can.” He also told him, “You can do anything, you’re a Hake.” Jim learned confidence to try things, experiment, and become what he is today. Early childhood influences set the course for future aspirations.

[35:30] Former SOS George Shultz, is on the Spirit of America advisory board. Jim went to his office at Stanford, and asked him how he stays looking so great. Sec. Shultz stood up and said, “Look at a young man like you. You have your whole life ahead of you!” At age 59, it gave Jim a great boost.

[37:24] Jim’s lessons: People everywhere have much in common; people want a better life for their children; people want meaning in their life.

“I learned that I could be making a lot more money as an entrepreneur than as an employee.”

“When we saw the first web browser, back in 1993 — the Mosaic browser, out of the University of Illinois — we realized that that was it.”

“I wanted to do something to help us, and the ideals, and freedoms for which America stands, help those prevail in the world. I wanted to be substantial, and make a meaningful difference.”

“So many things crystallized at that moment for me. One was, Sgt. Smith and his team really represent our front-line ambassadors in the world. They literally are the front lines.”

“The folks on the front lines, they’re up against dynamic, highly competitive adversaries, and so these are very entrepreneurial situations. … View our soldiers and troops as entrepreneurs.”

“That venture capital type resource to support those soldiers as entrepreneurs was, basically, the role that Spirit of America plays today.”

“The parallels [of Special Forces] to the business world, and life as an entrepreneur are very clear.”

“We don’t know. … Asking and listening is the very fabric of what we do.”

“That struggle between the yin and the yang — the listening and the being able to be strong and aggressive — is the great human challenge. That will go on for as long as there are humans.”

“There’s a false illusion of comfort in ‘being right’ all the time. It’s hard to think that maybe you don’t have it all figured out … and yet be able to stand firm … in core beliefs.”

Jim Hake is Chief Executive Officer of Spirit of America. Jim founded Spirit of America (www.spiritofamerica.org) in response to the attacks of 9/11. SoA is a citizen-funded 501c3 nonprofit that provides humanitarian and economic assistance in response to needs identified by U.S. troops and diplomats serving abroad. This is a new model of providing private assistance in support of national security that General (Ret.) Stanley McChrystal calls “an innovation important to our country’s future.”

Prior to Spirit of America, Jim was an Internet entrepreneur. He founded Access Media, one of the first Internet media companies, and sold it SOFTBANK Forums. It was later incorporated into Ziff Davis. In 2000 and 2001, Jim was named a “Technology Pioneer” by the World Economic Forum.

Jim is a Member of the Council on Foreign Relations and an Honorary Member of the U.S. Army Civil Affairs Regiment. He is a contributing author to Warriors and Citizens (http://www.hooverpress.org/Warriors-and-Citizens-P627.aspx). Jim received a BA and graduated with distinction in Economics from Dartmouth College. He earned an MBA from the Stanford University Graduate School of Business.

Warriors and Citizens: American Views of Our Military 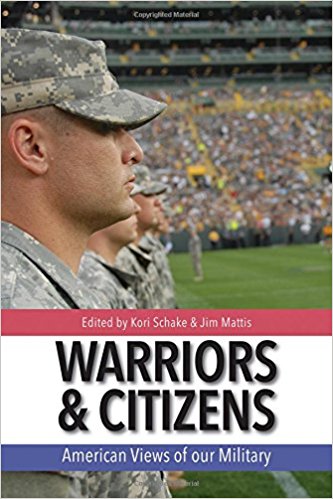