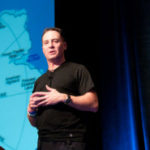 Mike Pierce, better known as Antarctic Mike, connects the drivers and principles of Antarctic expedition history stories to the real world of finding, engaging and keeping great people in today’s business world. Mike reveals what drives him to take on ridiculously difficult goals. His advice: Don’t make assumptions about what others will find challenging. Understand what their prize is. Everyone, every day, is called on to be a leader.

[2:22] Mike’s program, “Leading at 90 Below Zero,” began when Mike was teaching a four-day leadership course and found inspiration in the book, The Shackleton Way. In a few minutes, he realized there would be many lessons for the real world in the account of Shackleton’s Antarctic expedition.

[7:02] Ernest Shackleton picked the best people. He started by publishing an extraordinary recruitment piece. More than 5,000 applied. Selection comes down to character. Assuming you pick the right people, you have to make sure they want to go all in. The leader’s job is to be the catalyst to get the team, individually and collectively, to push all the chips into the center of the table.

[14:03] One of the challenges of hiring is to find the right people. Mike thinks character is not in short supply, but it is time-consuming to find. You have to look at people one at a time. An organization needs to offer an opportunity that’s compelling and challenging enough for a candidate to say they want to learn more about it.
[16:27] Most good companies have good opportunities, but they don’t showcase them very well. Don’t let your company drown in the sea of similarity. Mike uses an example to tell how a compelling story can put your company ahead.
[21:10] Mike considers how the introversion of an endurance athlete, with their long periods of uninterrupted hours of training, is advantageous in a team member. Each member has to perform at the highest level. You can’t allow circumstances to become excuses. You have to overcome them or go around them to go forward. This requires the level of discipline that an endurance athlete acquires.

[25:36] Mike’s book, The Penguin Principle, was born out of his frustration about mass emailings that had no bearing on him or his needs. The emperor penguin survives the Antarctic winter in teams. Each penguin is more concerned about their mate and their chick than for themselves. Mike would like salespeople to think more about him and his needs than their needs when they contact him.

[28:25] Mike discusses the historical background to Shackleton’s planned Antarctic crossing. The South Pole had already been reached by a competitor, but no one had gone from one side of Antarctica to another. Ego was a big part of their setting out on an extraordinary two-year expedition. None of them lost hope and they all came back alive. Shackleton played the role of the leader very well.

[34:12] Mike reveals what drives him to take on ridiculously difficult goals. He likes to do what no one else has done. He’s a disruptor. Everyone defines ‘challenge’ in a different way. Don’t make assumptions about what others will find challenging. Understand what their prize is. Everybody’s in the race for a reason. Wake them to their reason. Mike says that everyone, every day, is called to be a leader.

Everybody’s in the race for a reason. Wake them to their reason.

“People have to want to go all in.”

“The advantage of being by yourself is that the discipline has to be self-imposed.”

“The best teams … almost don’t need a manager … if all the team members have an inherent sense of self-discipline.”

“Every person, every day is called to lead. Every employee … has to think on their feet. They have to make decisions.”

Mike Pierce, better known as Antarctic Mike, works with organizations that want to find, engage and keep the best-performing people. Mike’s background professionally started in the recruiting business in 1997, working specifically to show managers and leaders exactly how to identify and recruit the best people. He now speaks across the U.S. and Canada to executive teams, organizations, associations and sales teams about how to lead people so they are fully engaged in what they do.

Mike is an avid fan of polar expedition history and is an endurance athlete. In 2006, Mike became one of 9 people to run the first ever Antarctic Ice Marathon and a year later became the first American to run the Antarctic 100k, a grueling 62 miles on an ice shelf 600 miles from the South Pole.

His flagship program, Leading at 90 Below Zero, connects the drivers and principles of Antarctic expedition history stories to the real world of finding, engaging and keeping great people in today’s business world.

Mike has a BA from the University of Colorado, Boulder, and resides in Encinitas, CA with his wife Angela. 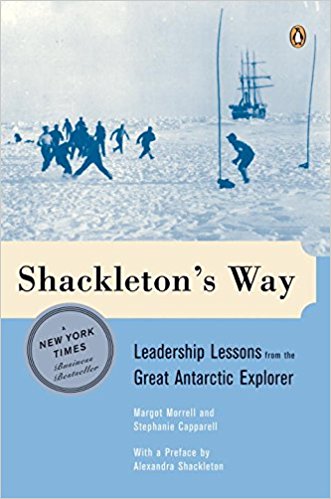 The Penguin Principle: A Little Story about True Teamwork 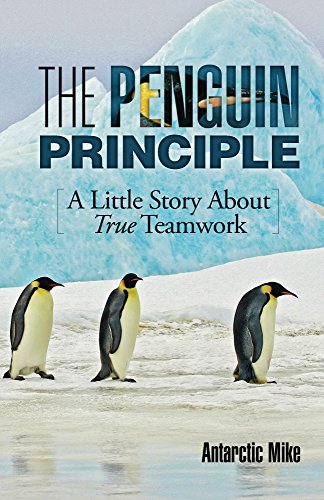 TLP074: The Counter-Intuitive Truth About Fin...
TLP076: There Must Be Room for Failure