TLP097: Lead With Standards – Not Rules 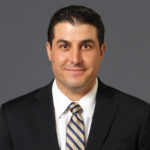 Joe Amplo, head coach of Marquette University’s Men’s Lacrosse, is a leader who believes in embracing vulnerability, inclusiveness and challenges. He shares with Jim and Jan how he made the leap from assistant coach to first head men’s lacrosse coach at Marquette, and overcame the fears of not knowing how his own personal leadership would be received. He talks about the importance of culture, empowerment, setting a standard and what he personally looks for in the athletes he coaches.
Key Takeaways
[1:02] Jim played club lacrosse as a grad student in the early 90’s, so he has a passionate tie with both lacrosse and Marquette.
[3:56] Joe had worked as an assistant coach at Hofstra and University of Pennsylvania before he was chosen as the first head men’s lacrosse coach at Marquette. He combined what he had learned from previous mentors and mixed it with his own personal philosophy. One of the fears Joe overcame in becoming a head coach was stepping up from the assistant role he had previously, with the unknown of how his personal method of leadership would be responded to. Second, he was not familiar with the area, and the area was not familiar with lacrosse.
[8:10] In going “coach fed to player led”, everyone no matter what their role or status is held accountable to live up to the set standard. This empowers the people in the organization, and really builds a team identity.
[13:22] Culture has to drive behavior to get the results from the strategy and standards you and your team set forth. For Joe, he learned that the way he wants to lead and create an environment of empowerment, the creation of standards needs to be all inclusive in the organization.
[24:18] The two factors Joe and his team look for in their potential athletes: desire to prove themselves, and a willingness to face and accept challenge.
[31:54] Joe believes that great teams are formed and sustained by developing deep interpersonal relationships, and knowing they have each given their best and overachieved.
[34:46] Joe feels as though happier people are more successful, and success lies on the side of being happy first, without having happiness rely on getting or achieving something.
[36:50] Joe is a lifelong learner, and finds that Marquette holds him accountable to live and work in high standards.
[40:14] Learning from a failure is a key tenant to what Joe finds in a successful leader, and team member.
How to contact Joe:

Quotable Quotes
I became confident not in my abilities, but in the people that brought out the best in me.
I believe in standards – not rules.
For the way I want to lead, I would want people to live up to the standard. I want someone making a decision on the right thing to do.
I have to be vulnerable as a leader.
Bio
Seventh-year Marquette University head coach Joe Amplo is an NCAA D-I Men’s Lacrosse Committee member and a Team USA assistant. He’s led MU to consecutive BIG EAST titles and NCAA Championship berths.
TED video mentioned in this episode:
TLP096: Asking for Help is Not a Sign of Weak...
TLP098: “Essentialism: The Disciplined Purs...