TLP113: The Fabric of Leadership – Fatherhood with David Hirsch 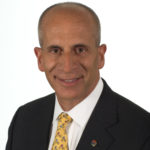 Of all the leadership roles in society, fatherhood is often the first and most important one. It is where we see examples of how to take on responsibility, navigate the world and understand ourselves. David Hirsch has a passion to connect children and their fathers, and to educate others on the cycle of father absence so that it becomes a thing of the past. He speaks with Jim and Jan on the ripple effect fatherhood has on both young boys and girls, from the individual all the way out to the community and world. He also talks about his own discoveries on fatherhood, what a true role model means when it comes to leadership, the Illinois fatherhood initiative, 21st Century Dads Foundation, his Dad’s Honor Ride journey and the personal reflections that occured along the way of his very long and arduous bike ride.

[4:43] David is a true advocate for addressing the issue of father absence and educating others that the issue knows no socioeconomic boundary. It is an issue that exists in suburban, urban and rural areas all around the world.

[6:47] True leaders talk about their real emotions, encourage others to speak their truth. When David confronted his own emotions about the father / son relationship he experienced he found it to be cathartic.

[9:26] It’s bad news for our society all around when fathers are absent. The more fathers we have present in the lives of their children, the easier it is to reach their potential and navigate the world.

[12:14] Through his work at the Illinois Father Initiative, their essay contest encourages school-aged Illinois children to write an essay about their father, stepfather, grandfather or father-figure. One of David’s most favorable aspects of his work there was recognizing and appreciating all kinds of role models, educators and volunteers.

[14:17] From 1993 – 1996 David was a Kellogg National Fellow with the W.K. Kellogg Foundation. He used his stipend to start family and community foundations, and to connect grant makers to grant seekers. He cites that experience as a profound way to see the world from a different perspective.

[20:04] We are still making up for the past 3 generations negatively impacted by the term “deadbeat dads.” It is up to leaders to learn from mistakes, and realize what is really important to child support rather than just a monetary donation. Good fathers are present in every way: spiritually, emotionally, physically and financially.

[22:46] There are also four aspects of what David’s definition of a great dad to both young men and women:

[26:03] David’s Dad Honor Rides from Santa Monica to Chicago, then Boston to Chicago and all around Lake Michigan was a way for him to challenge himself and build awareness to his cause of fatherhood and ending father absence. A few of the takeaways during those trips were not to underestimate himself, let go to a higher power, and that leaders don’t get there alone.

[35:56] Oscar Lawton Wilkerson, one of the Tuskegee Airmen, is an important friend to David.

He talks about Lawton’s challenges of discrimination even after coming back from World War II, and how he is a true leader that brings a sense of balance to the Dad’s Honor Ride

[41:51] Special Fathers Network is a new dad to dad mentoring program for fathers raising children with special needs. David is proud that the program helps to identify extraordinary men to step up and be mentors through honestly relating to their own experience. 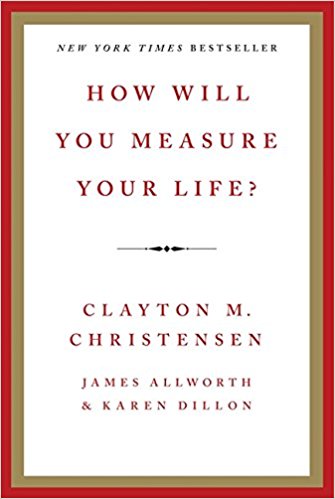 How Will You Measure Your Life by Clayton Christensen