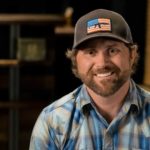 Evan Hafer is the CEO and Founder of Black Rifle Coffee Company, with annual growth of over 750%, and a goal to hire 10,000 veterans. Listen to Evan’s ideas on setting priorities, solving business problems, and getting to ‘mission accomplished,’ in this conversation with Jim and Jan.

[3:38] As Evan developed in business, he put together structures that helped him get to ‘mission accomplished.’ First came learning from a book, then understanding the wisdom of what he learned, and then applying it through manpower and resources.

[16:10] The most important lesson Evan has learned is that if you work long enough and hard enough at something, you’re going to make a result. You have to apply more energy than you’ve ever applied and when you think you don’t have anything left, you go further. Quitting is not an option. Failure is not a choice. It doesn’t exist. What gets you to success is effective prioritization of work. Triage your time.

[19:40] Civilians at Black Rifle help the Special Operations veterans dial back their mission urgency and work tasks into regular schedules and projects. Evan has a goal to hire 10,000 vets. He is working on franchising and corporate stores. He will start with 20 franchises in 2018 and will ramp up to hundreds.

[27:06] Evan uses cut-to-the-bone candor when necessary. Business is problem-solving. Evan cuts the fluff and gets directly to the point. He doesn’t hide who he is to appeal to people that do not support veterans or the Second Amendment. He would rather people see him up front and buy his products in authenticity.

[32:01] Evan explains some of the effects of war on military personnel. An introspective veteran becomes a warrior philosopher based on their experiences. He is grateful every day to be here with his family when some of his friends are no longer here.

[33:48] Evan reflects on how service and combat reshape character. He urges people who have deployed to use that experience in the greatest way they can, and grow from it. You have to decide to fight and win. That’s the first step. Embrace the positive and flush the negative.

[38:27] Define your success criteria before moving into a specific objective. You might not achieve the exact results; that doesn’t mean you have failed. There’s always another solution to the problem. If you quit, you have chosen to fail.

“I always tell people I was an OK Green Beret and I’m trying to be a good businessman but I pride myself on being a great father.”

“The single most effective gift the military gave me, they gave to me when I was 18 years old and that was confidence.”

“They instilled the dumb idea that you can accomplish anything with the correct amount of energy and the right team.”

“You start to really refine — what does that mean, to have mission accomplished? Then you start putting structure behind that.”

“When I left the military I wrote … my mission objective … to emancipate myself from government service and to become successful.”

“My work, my job, my company of Black Rifle Coffee is quite literally just my value proposition to my family.”

“Nobody controls my destiny but me.”

Evan prizes spending more time with his family to be a better father and husband.

“War will humble you. Regardless of what mission you’ve had … or how … you’ve been trained … Everybody is equal in a gunfight.”

“This is a customer service issue. We’re not going to lose life, limb, or eyesight. We can take care of these customers, make it right, and we’ll move forward.”

“We’re not fighting Al Qaeda, anymore, guys! Dial it back a little bit. Everybody doesn’t need to be a Tier 1 Operator.”

“As soon as I pass the threshold into my home, it’s all about family, and I just try to focus completely all my attention, … on my family.

“if you work long enough, hard enough, at something, you’re going to make a result.”

“[Profit can be,] how much will this give me as far as individual freedom, down the road, or a profit back into my account?”

“If you’re [prioritizing] on a regular basis, you will be able to spend most of your time working on the things that will pay off in big results.”

“At any point in time, we could move from coffee company to direct action kinetic operations.”

“War has been the single most defining thing of my character and my life.”

“There’s not a day that goes by in my life that I’m not thankful for being here and it has re-prioritized my value system.”

“Embrace the positive and flush the negative. … Every day there’s an opportunity to reinvent yourself.”

“When I say failure, it means that person has quit — quite literally — and that its a choice.”

In 1995, Evan Hafer was introduced by a friend to great espresso. Intrigued, he began reading and researching the art of coffee roasting, taking classes, and traveling to cities like Portland and Seattle to learn more about the craft.

Between deployments to Iraq — where Evan served with Special Forces and later as a CIA contractor, from 2003 to 2014 -– he brought along the boutique, small-batch coffee he had learned to roast. The gospel of good coffee was spread to his fellow service members; soon, they had converted gun trucks and were grinding coffee every morning.

After finishing his military service and returning home, all Evan wanted to do was make coffee. After meeting Mat Best, one of the founders of Article 15 Clothing, Evan started selling his Freedom Roast on their site. Over 500 lbs. were purchased.

In December 2014, he pulled the trigger and launched Black Rifle Coffee. The company has experienced exponential growth since opening. Today, they see continued annual growth of over 750%. About one million pounds of coffee are roasted a year. it can be found in over 500 retailers internationally and 65% of employees are veterans.

TLP084: THE Metric of a Best Place to Work
TLP086: What Native American Interconnectedne...