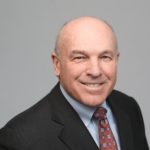 John Kelley, Chair and CEO of CereScan discusses his early career, and how the Xerox sales and leadership training prepared him for a lifetime of leadership growth and challenges. He discusses turnarounds, startups, ethics, culture, team support, interdependence, and the power of delegation and trust. He also stresses the importance of diversity of expertise, and the work ethic. Finally, he discusses leadership in the field of brain imaging, and the application of big data to inform more effective treatment for severe brain injury and neurological disease.

[2:20] John Went to MU, then was drafted into the Army, and served as a radio operator. In the business world, he received great sales and leadership training at Xerox, where he stayed for 11 years. He used the principles he learned at Xerox, later, at several companies, and now at CereScan.

[5:07] Through his initial Xerox training, John found confidence in himself, and an ability to take on conflict and new things. After seven years in sales, developing interpersonal skills, he felt ready for a leadership role. For five years he was in what he calls, retrospectively, management practice. In the third chapter of his development, he took on big challenges such as turnarounds, both financial and ethical.

[9:43] John describes how to avoid ethical problems by doing little things right every day, making course corrections, and encouraging interdependence. Good people do not let people down. The collective wisdom of the group ends up helping out each individual. The team is important, under the right leader.

[13:45] Leadership is doing a lot of small things consistently well, around the big things. John writes hand-written notes to people, and gives and asks for feedback as quickly as possible. Prick small problems before they become big ones. Ask, “What could we have done better?” It’s extremely important to have a culture of “we.” John shares a story where he could have cashed in, but didn’t.

[20:50] John believes in letting poor performers go, and hiring winners. Good people win. They should be diverse and have different opinions. John goes out of his way to have the right people on the bus. At CereScan, and on their board, there are “no jerks allowed.” Make sure you have high-performing teams, and delegate to them.

[24:28] John discusses the variety of brain medical professionals, and the difficulty of the problems they attempt to solve within their silos. So many problems are missed. John explains how the CereScan methodology was developed, examining a broad range of patient issues, with the best data scientists in Colorado, to find neurological bases of many apparently psychological issues, for optimal treatment.

[32:11] John talks about the cost savings, and world-wide accessibility, of migrating the data to the secure Amazon Cloud. The more doctors contribute to the data, the better is the information available. This will give doctors and their patients around the world, access to the world’s greatest brain analytic data, without traveling to specialty research hospitals.

[35:22] John discusses the tech meltdown of 2000, which sent many C-level executives to prison, and the more recent banking recession, and where boards went wrong. Boards should include diversity, bona-fide CFOs, GMs, etc. John describes his experiences with great boards. You need to have a collection of people with different perspectives, including a knowledge of Millennials.

[39:43] John played baseball at MU. He describes his thoughts on teams, and tells a story about the need always to be prepared before you are called to play.

[42:11] Having the best arm in the Big 8 doesn’t mean you are ready for the Major Leagues. See where you stand relative to the gold standard. Look in the mirror realistically about your skillset.

“When I came in, I was an absolute sponge, and a student of every piece of training they sent to me.”

“I dedicated myself to trying to take advantage of that opportunity [of training].”

“I was able to ride that wave of people success and team success, through a variety of promotions within Xerox.”

“That fundamental grounding around teams, and leadership, and communication … the same principles carried over.”

“The collective wisdom of the group ends up helping out each individual at different points in time.”

“Listen to the whispers and you won’t have to hear the screams.” — Cherokee proverb

“In small settings or large settings, you have to respond in the right way.”

“There’s a big difference between frankness and cynicism … between constructive criticism and being undermining.”

“No jerks allowed … I just don’t want to waste productive time … trying to manage … lack of respect for others.”

“I’ve learned to pull the trigger much quicker on that scenario … to ensure that you have high-performing teams.”

“If you delegate and push down, people will always surprise you about how much they can do and how better they’ll do it.”

“[Great boards] are able to listen. They ask great questions. They don’t duck hard issues. They know how to give praise.”

“It’s about genuine hope, and I hope people see that when they come to our site.”

Bio
John A. Kelley, Jr. has been the Chair and CEO of CereScan, a functional brain diagnostics company headquartered in Denver, Colorado since 2009. Previously, John served as the Chairman, President, and Chief Executive Officer of McDATA Corporation, until its acquisition by Brocade Communications Systems, Inc. in 2007. Prior to McDATA, he served as Executive Vice President of Networks at Qwest Communications International after it acquired US West. His tenure at US West included President of Wholesale Markets, Senior Vice-President and General Manager of Large Business and Government Accounts, and President of the Federal Systems Group. Prior to US West, he was an Area President and a Vice President and General Manager at Mead Corporation.

Mr. Kelley has been a member of the board of directors of Polycom, Inc. (NASDAQ), and Emulex Corporation (NYSE). His private company board work has included, Aztek Networks, Stored IQ, Circadence Corporation and 3 Leaf Networks.

Mr. Kelley has been a frequent keynote speaker focusing on technology, leadership, best practices management, and corporate ethics on a local and a national level.