Joel Goldberg has worked as part of the Royals’ broadcast team for FOX Sports Kansas City since 2008, and serves as the television play-by-play voice for the ECHL Kansas City Mavericks. Joel has spent nearly 25 years in television, developing and maintaining relationships with professional athletes, coaches, and team management. He has become a powerful public speaker and presenter, talking with groups about the networking principles he’s learned from his experiences of interviewing successful icons. With Joel’s new book, Small Ball, Big Results, he shares incredible sports history, and timeless leadership principles that every leader can benefit from.

[3:50] Despite being in sports broadcasting and covering baseball throughout his career, Joel sees himself more as a storyteller than a sports guy.

[4:35] The best baseball players are used to dealing with failure 70% of the time.

[7:55] More than any other sport, baseball roots itself in tradition.

[12:25] There is no “one thing” that defines all in leadership. It’s little things every single day.

[13:30] Joel shares his definition of what leadership looked like.

[16:25] It’s not just good enough to have good leaders. You need a purpose, you need an identity.

[19:00] You build a successful culture by passing it on from generation to generation.

[21:15] Joel shares why baseball captains are critical to a team’s success.

[27:40] Joel didn’t know what networking was in the beginning. It’s so vague and no one gets taught this key life skill.

[31:30] You don’t go out on a first date with a girl and ask her to marry her right away. Yet we do the equivalent all the time in networking.

[32:10] Joel shares why Albert Pujols was his biggest relationship failure.

[36:55] Chicago Cubs’ Joe Maddon knows a thing or two about trust. Joel shares what he learned from him.

[40:00] Small ball actions are not “check the box” kind of things. They are consistent actions over time.

[42:00] The world changes rapidly. The world moves on. We’ve got to be open-minded about the new world ahead.

[43:00] Good leaders are listening and they adapt to the times.

[45:35] Joel shares some perspectives he’s learned over the years about putting too much pressure on himself to succeed and dealing with imposter syndrome.

[53:40] You never know who is watching. Always show your best, even when you don’t feel like it. 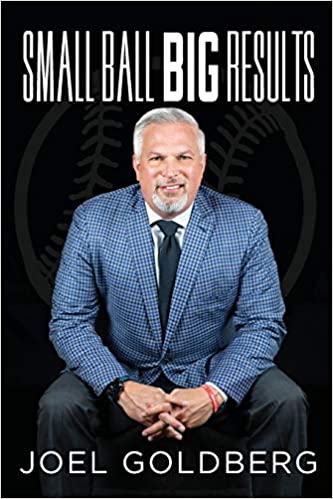 The person that introduced Joel and Jim was the super awesome, always kind and generous Dan Horwich of CampIT Conferences.