TLP328: The Magic Happens Between Busy

Whitney Johnson is the Co-Founder and CEO of Disruption Advisors, a talent development company. Whitney is a globally-recognized thought leader. author, keynote speaker, executive coach, consultant, and a popular LinkedIn Learning instructor. In this conversation, Whitney discusses how musicality has lessons for the business world, and the wide applications of the S-Curve.

[2:35] At her daughter’s prompting during the pandemic, Whitney and her family started watching Korean dramas. The family became obsessed with them. Whitney now studies Korean for two minutes a day on Duolingo. Whitney describes the characteristics of Korean dramas.

[5:22] Whitney majored in music, studying classical piano and jazz. Because of her musical background, when she structures a keynote, a book, or a podcast, she looks for musicality and a musical structure to it. Musical structure and musicality inform the work she does. Also, as an experienced accompanist, she knows how to be second, allowing her to be a good interviewer, and as a coach, to listen well.

[7:04] Brett Mitchell, the former conductor of the Colorado Symphony, said that music is what happens between the notes. Whitney discusses pauses relating to leadership and cites Clayton Christiansen, saying that partway through his career, Clayton Christiansen started a practice of praying before teaching a class. Once he started that practice, he started to have a significant impact on his students.

[8:42] Whitney suggests that before you speak, have a meeting, or a coaching session, you pause and think about the person you’re about to speak to, and how to convey to the person that they matter to you, that is an element of leadership.

[10:33] Wayne Muller, author of Sabbath, pointed out the pauses in Martin Luther King’s exclamation, “Free at last! Free at last! Thank God Almighty, we are free at last!”

[11:41] Gino Wickman, in The EOS Life, recommends entrepreneurs take sabbaticals. One of Jim’s clients just took a sabbatical and reported that stepping back and taking a break allowed them to reflect and then grow.

[12:20] Whitney has a LinkedIn Learning class, Grow Yourself, Grow Your Leaders, and a book, Smart Growth. Whitney’s view is that we are wired to grow. Virtuous growth is growing in such a way that everyone around you grows as well. She believes that human growth is unbounded.

[13:23] Sociologist Everett Rogers applied the S-Curve to the study of how quickly innovation is adopted. Working with Clayton Christiansen, Whitney realized she could apply the S-Curve to individual change and growth. Growth comes in three stages: slow (launch), fast (sweet spot), and slow (master place). Every time you start a new role or a new job, you go through the curve. This is covered in Smart Growth.

[14:45] Whitney’s LinkedIn course focuses on how to create the conditions where people around you can grow, with the resources they need, and how they can feel connected to what they’re doing and the people they’re working with. Whitney also talks about building resilience and nurturing people. If you can do all those things, you’re creating conditions wherein the people around you can grow.

[16:59] Whitney makes the underlying assumption that if you will grow yourself then, by the contagion effect, the people around you will grow. Then, by default, your business will grow.

[17:49] You can manage your organization as a portfolio of curves. The people at the curve’s launch point will need the most support. They will also have a fresh perspective, opening the door to innovation. You want about 20% of the people in your organization to be new, 60% to be in the sweet spot, and 20% in master, ready for a new challenge. This is a good distribution for innovation.

[20:10] De-prioritize the things you do really well that somebody else could do. Whitney gives an example from a client. If you stop doing the things you should delegate to others, you will have time to do the things only you can do, and you get out of the way for them to work on the steep part of the S-Curve.

[23:06] Every organization needs to have, as part of their vision, growing human beings and helping them reach their potential. The vision starts with the founders, and as people join the organization, they begin to co-create the vision with the founders. Everyone helps each other grow. In the most fluid, powerful organizations, everyone contributes to the creation of the vision.

[26:56] Whitney addresses growth pre-pandemic, in-pandemic, and post-pandemic. A lot of adaptation and resilience have been required. When people are under stress, they go to default stress behaviors. You need to make sure people work together and not against each other. People want to grow but are not always sure how to do it. This goes back to Whitney’s course, Grow Yourself, Grow Your Leaders.

[28:39] Whitney asks Jan and Jim for their thoughts on getting people to work together under stress. Jim states that when people are stressed they need time and space to solve their problems. People are pausing to figure out how to work together. People need time and space to get up to game speed. Executives are not paid to be busy. Pausing is a good way to grow by asking yourself tough questions.

[31:35] Whitney has an assessment that she administers to clients. It includes seven accelerants of growth. The one that ranks the lowest is frequently “Step back to grow.” People are not taking time to pause and reflect. Whitney quotes Tiffany Shlain who asks, “What if we thought of ‘rest’ as technology because the promise of technology is to make you more productive?”

[37:52] Whitney lists some people that inspire her, and why: Rashika Tolshan, who wrote about the Queen of England passing away, Brené Brown, Musician Jacob Collier, author Richie Norton, and NFL QB Steve Young. Each of them inspired Whitney with their visions of growth.

[41:35] When Whitney was making her list of influential people, her default was to go to all men. She had to make sure she included some women. She had to be very mindful and deliberate to determine who is actually influencing her and she wanted a diversity of perspectives. Jim highlights the leadership lesson of intentionality.

[42:49] Whitney’s audience homework: On the topic of pausing and resting, listen to these two episodes of Whitney’s Step Back to Grow podcast: Episode 139 with filmmaker Tiffany Schlain and Episode 180. Don’t avoid taking a pause to rest.

[43:57] Closing quote: Remember, “It’s all to do with the training: you can do a lot if you’re properly trained.” — Queen Elizabeth II 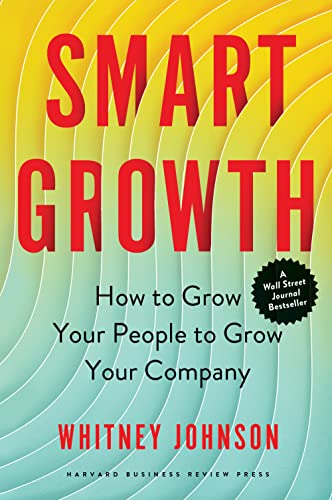 24/6: The Power of Unplugging One Day a Week 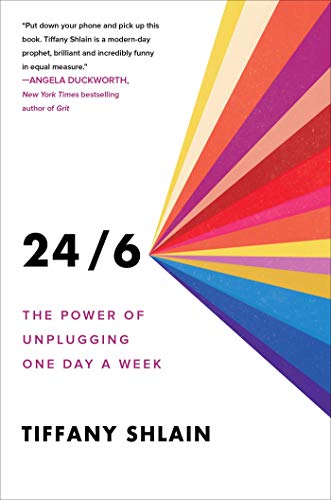 Anti-Time Management: Reclaim Your Time and Revolutionize Your Results with the Power of Time Tipping

Atlas of the Heart: Mapping Meaningful Connection and the Language of Human Experience 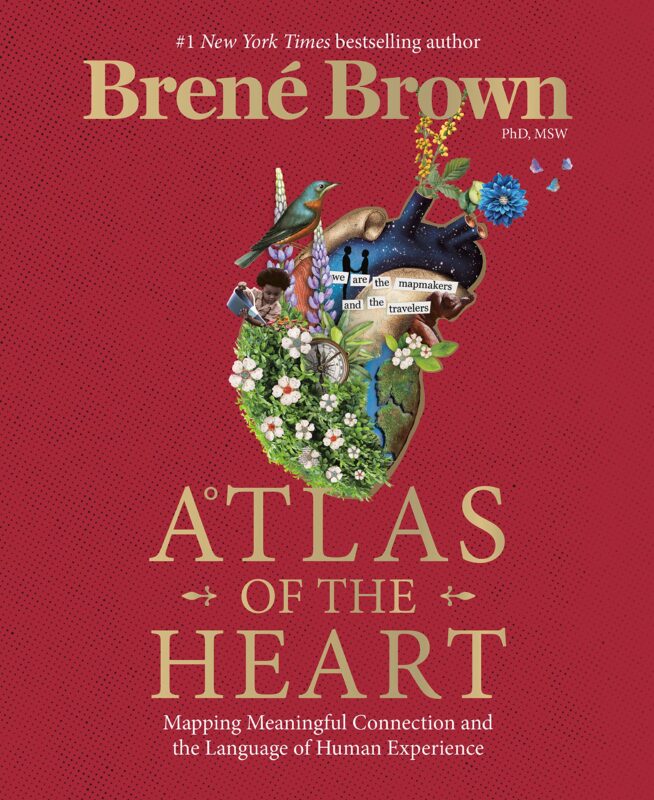 Sabbath: Finding Rest, Renewal, and Delight in Our Busy Lives 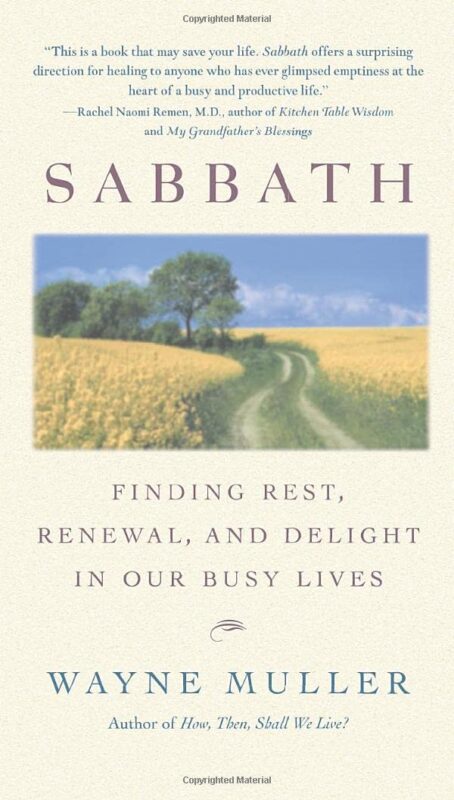 The EOS Life: How to Live Your Ideal Entrepreneurial Life 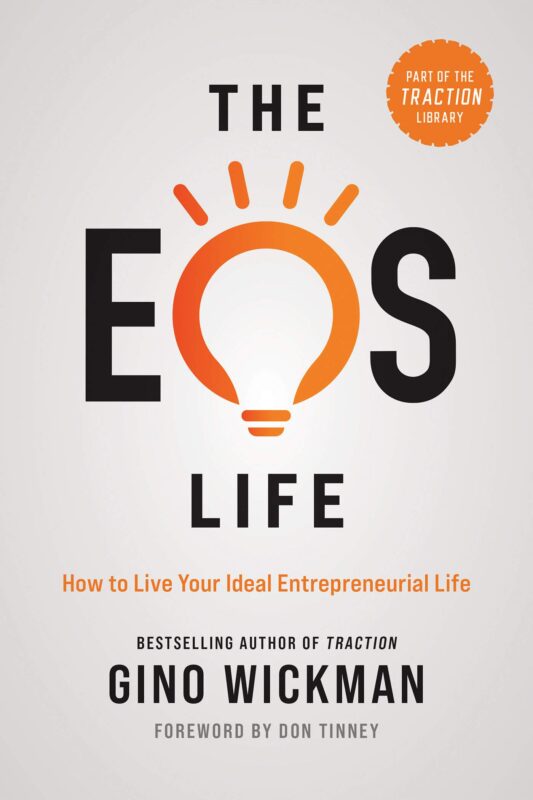 TLP327: Never Sacrifice Form for Speed
TLP329: You Don’t Rise to Expectations, You...