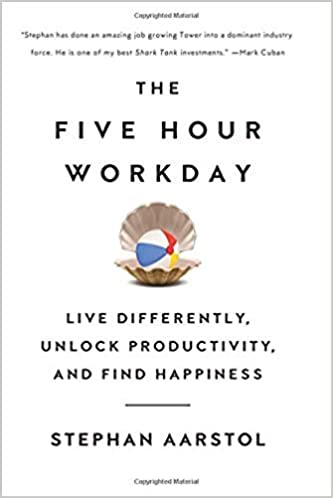 A five hour workday? Will it work? Would it work for you?

This book is about one company that simply asked why. A company that had the courage to try an experiment, toward re-inventing a more sensible, productive, and healthy workday for today's knowledge workers.

A century ago, Henry Ford saw a sea change in worker productivity. It was the industrial revolution. Where other­s saw only more profits, Ford had a much grander vision. He invented the eight-hour workday, cut his employees’ workdays nearly in half and doubled their pay. Productivity and profitability soared. By giving more to his workers, he changed the quality of life of an entire nation. Today, we’re in the midst of a massive productivity shift for knowledge workers. And yet, the eight-hour workday hasn’t changed. Until now, that is. This book is about one company that simply asked why. A company that had the courage to try an experiment, toward re-inventing a more sensible, productive, and healthy workday for today’s knowledge workers. That company is Tower Paddle Boards, one of the fastest-growing companies in the nation, and one of Mark Cuban’s best Shark Tank investments. In this book, you’ll learn how the five-hour workday: Improves business operations, efficiency, and profitability Attracts the brightest minds, the hardest workers, and the best performers Stimulates employee performance and increases retention rates Can be implemented and tested at your company, temporarily and without risk Can change your life into something better than you ever imagined possible 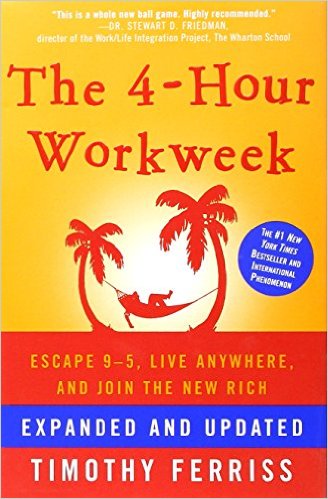 The 4-Hour Workweek: Escape 9-5, Live Anywhere, and Join the New Rich
Preview
Disclosure of Material Connection: Some of the links in the page above are "affiliate links." This means if you click on the link and purchase the item, I will receive an affiliate commission. I am disclosing this in accordance with the Federal Trade Commission's 16 CFR, Part 255: "Guides Concerning the Use of Endorsements and Testimonials in Advertising."
The Innovator’s Dilemma: The Revolutionary ...
The Power of Clarity: Unleash the True Potent...