TLP071: The Key Ingredient for Developing Women Entrepreneurs in Afghanistan Will Surprise You! 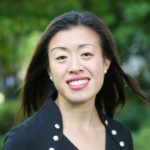 Kimberly Jung, CEO and Co-Founder of Rumi Spice, shares her inspiring story of seizing a business opportunity in Afghanistan that also addressed social issues. She realized her military training and her business school knowledge could be used to help Afghan farmers find economic success, and to provide opportunities for Afghan women to excel economically while retaining their culture. Kimberly exemplifies the dedication required, and rare feat, to create a market.

[2:29] Kimberly describes her experience entering West Point. Her immigrant parents had wanted her to go to an Ivy League school but Kimberly’s West Point perspective changed their hearts.

[5:13] Kimberly was deployed as a Platoon Leader in Afghanistan when she met Emily Miller. When they ended their tours, they observed that the future of Afghanistan would not be reached through force but through the economic empowerment of business.

[6:21] Kimberly and Emily both went to business schools. Another veteran told them about an Afghan farmer with no market for his saffron. Kimberly decided to start a business partnership with Afghan farmers to import saffron. She invited a business advisor to Afghanistan and met with 12 Pashto farmers. Instead of body armor and weapons, she wore a scarf.

[8:11] The farmers were growing some of the best saffron in the world but they had no resources for food safety, packaging, marketing, selling, or distributing the crop. 80% of Afghans are farmers.

[10:10] Afghan women are vital to the saffron industry. They traditionally prepared the flowers at home. Kimberly explains how renting appropriate facilities with the right equipment improved food safety and how providing a safe workplace with direct wages improved women’s economic standing.

[13:43] Most problems are economic until one has met basic needs. Kimberly describes how The Plant, in the Southside of Chicago, is becoming a self-sustaining, beautiful community, bringing together the Southside and the Northside over food. Rumi’s warehouse is in The Plant.

[17:23] Trust is earned in Afghanistan by building a reputation over time. The reputation of Kimberly’s Afghan partners allowed Rumi to become the largest private employer of Afghan women, assuring them a safe place to work and allowing them to carry on in their culture and customs, and it also preserves the women’s reputations. Afghan women want economic opportunities, sewing machines, and medical supplies to care for their families.

[24:18] A partnership like Rumi can’t be run as a side business. Either you’re all in, or you’re not in at all. Entrepreneurism is not for people with other priorities. Strategy is all about setting priorities. You can have it all, just not all at once. Kimberly credits West Point and her Army leadership experience with giving her the resilience and ability to make choices that prepared her to run Rumi as an entrepreneur.

[28:52] Kimberly and Emily faced catastrophic failure when their loan got pulled back. They had no way to pay the farmers. They worked through it. Kimberly is learning how to listen to the people who work for Rumi, accept their input, and check her ego.

We felt the way to a sustainable future for Afghanistan was not through force but through economic empowerment.

What will you do with your one wild and precious life?

Drop by drop a river is made. — Dari saying

You cannot say you’re dedicated to the future of Afghanistan and these farmers if you’re going to have another job.

“This is not Americans managing things in Afghanistan. This is an American partnership with our Afghan partners.”

Kimberly Jung is CEO and co-founder of Rumi. Since leaving the military, Kim and her co-founders feel there is unfinished business to support Afghanistan and its people, so they founded Rumi to work directly with Afghan farmers to import exceptionally high-quality saffron in a for-profit enterprise in partnership with the farmers. In Afghanistan, Rumi has hired 384 Afghan women, organized three processing facilities, and has over 90 farmers in their network. Rumi saffron now graces the tables and kitchens of Michelin and Relais & Chateaux establishments across the world.

Prior to her civilian ventures, Kim was an Engineer Officer who led a route clearance platoon in the Wardak and Ghazni provinces of Afghanistan in 2010-2011. She also served with provincial reconstruction teams as a female engagement team member to help empower Afghan village women.

TLP070: Transformational Leadership Is Contin...
TLP072: What Leaders See and How to Set it Fr...