TLP068: Everybody Lies: Data Tells Us Who Really We Are 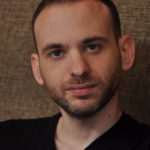 Seth Stephens-Davidowitz is a quantitative data scientist and the author of Everybody Lies: Big Data, New Data, and What the Internet Can Tell Us About Who We Really Are. In this discussion, Seth explains how philosophy and economics led him to data science and his passion for uncovering human traits through internet behavior. Seth says his work is what we can learn about people from data searches and other online behavior, because everyone leaves something on the internet. He concludes that we should theorize less, and let the data speak more.

[3:26] Seth studied philosophy, economics, and data science. He explains how they connect. His work at Google involved advertising effectiveness and search behavior modeling. The book Everyone Lies examines what we learn about people from their internet behavior.

[4:41] Seth writes and studies as his curiosity leads him. Success is one topic he explores. He downloaded Wikipedia to study Baby Boomers. Geography matters, because he found famous people were mostly from cities, college towns.

[9:58] Seth hopes people learn from his work the value and use of big data, and to make better data-based decisions. He also hopes more young people will enter this field of study, as there is much more to learn about human behavior.

[12:03] Seth considers Christian Rudder, author of Dataclysm, to be on the right path with big data. Undergraduate students are more likely to favor analyzing Facebook data over running an experiment with 20 subjects in a group.

[15:32] Seth contrasts his findings on success with the book Grit. He cites statistics of height and likelihood of becoming an NBA player. Malcolm Gladwell, in Tipping Point, says once a threshold is met other factors matter. Seth rebuts the threshold theory. A player over 7′ tall has a one-in-five chance of playing in the NBA. Every inch doubles the chance. A 6’8″ player has double the chance of a 6’7″ player.

[19:00] The book Everybody Lies uncovers more racism than people are willing to admit and other attitudes people express in their Google questions that they would not ask another person.

[19:21] One of the biggest revolutions in business is A/B testing. Facebook does more experiments in a day than the FDA does in a year. Seth points out that making general rules from A/B testing is fallacious. Seth is considering writing a book on A/B testing. He A/B tests his life. Try different things and pay attention to what does work, and what doesn’t work.

“I actually think I’m a compulsively honest person, to a fault.”

“It’s not really necessarily who you are; it’s where you’re born, or when you’re born.”

“A lot of the book is also just about how conventional wisdom is so frequently wrong.”

Facebook does more experiments in a day than the FDA does in a year.

Google is a modern confessional.

Seth Stephens-Davidowitz has used data from the internet — particularly Google searches — to get new insights into the human psyche. A book summarizing his research, Everybody Lies, was published in May 2017 by HarperCollins.

He worked for one-and-a-half years as a data scientist at Google and is currently a contributing op-ed writer for the New York Times. He is designing and teaching a course about his research at The Wharton School at the University of Pennsylvania, where he will be a visiting lecturer.

Seth received his BA in philosophy, Phi Beta Kappa, from Stanford, and his Ph.D. in economics from Harvard.

In high school, he wrote obituaries for the local newspaper, the Bergen Record, and was a juggler in theatrical shows. He now lives in Brooklyn and is a passionate fan of the Mets, Knicks, Jets, Stanford football, and Leonard Cohen.

Everybody Lies: Big Data, New Data, and What the Internet Can Tell Us About Who We Really Are, by Seth Stephens-Davidowitz

Everybody Lies: Big Data, New Data, and What the Internet Can Tell Us About Who We Really Are 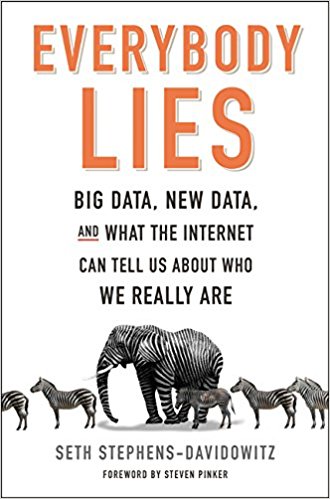 Dataclysm: Love, Sex, Race, and Identity–What Our Online Lives Tell Us about Our Offline Selves 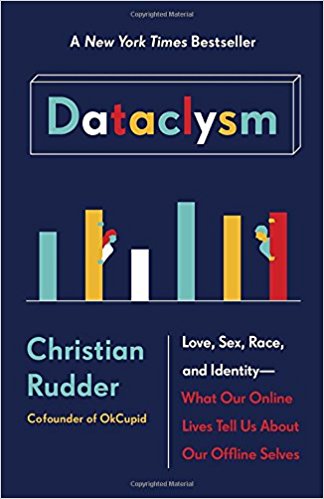 Grit: The Power of Passion and Perseverance 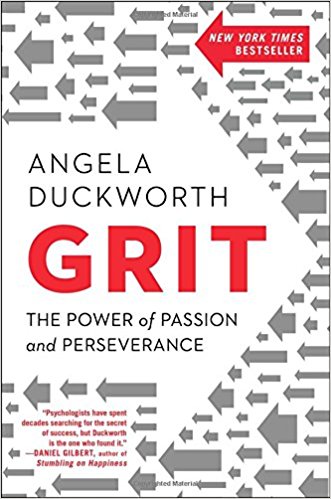 The Tipping Point: How Little Things Can Make a Big Difference 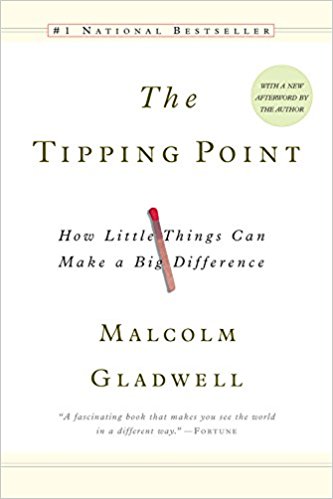 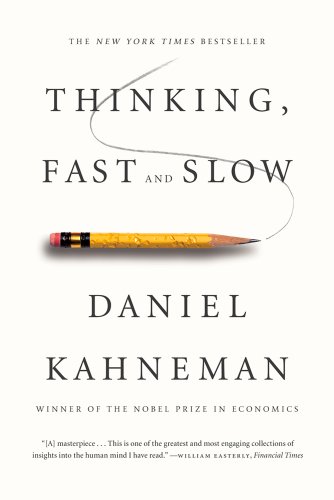 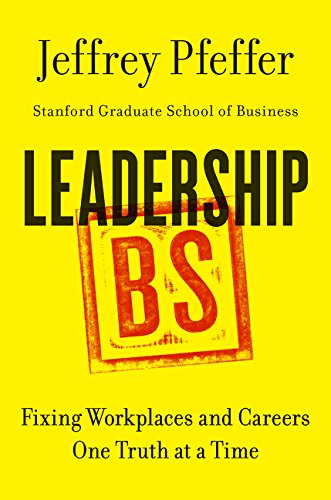